Showing posts from 2012
Show all

September 04, 2012
I found this in the comments section of this blog , which is devoted for the most part to debunking the claims made by pseudo-historian David Barton , who claims that the Founding Fathers, and Thomas Jefferson in particular, were Christians whose aim it was to create a Christian nation. ###### The Ten Commandments of our Founding Fathers 1. Your neighbor’s religion is none of your concern. “But it does me no injury for my neighbor to say there are twenty gods or no God. It neither picks my pocket nor breaks my leg.” Thomas Jefferson, Notes on Virginia, 1782 “Religion is a subject on which I have ever been most scrupulously reserved. I have considered it as a matter between every man and his Maker in which no other, and far less the public, had a right to intermeddle.” Thomas Jefferson to Richard Rush, 1813 2. You shall not mingle religion with politics. And here, without anger or resentment I bid you farewell. Sincerely wishing, that as men and Christians, ye may alwa
Post a Comment
Read more

Marty Sundvall (12/12/1965 - 5/13/2012) WARNING: Some of this post may be too graphic for some readers. My friend Marty was looking pretty bad back in February. His legs and feet got so swollen he couldn't even tie his shoes and his skin and eyes were taking on a sickly yellow hue. In his words: I had been feeling weird for a couple weeks. In that time my energy was zapped, I was very disoriented, my abdomen and feet started to swell and my eyes were an ugly shade of yellow. Being a stoic Minnesotan, he ignored it and continued life as usual, teaching classes at SCSU and the Minnesota School of Business, and having a few cocktails at the White Horse. But his Saturday and Sunday sojourns to the bar left him feeling sick and he was in bed by early Sunday evening. Monday morning he could barely walk. I got up in time to catch the bus to St Cloud State and opted to tough it out. Well, the bus stop is probably 500 feet from my office and I had to stop 4 times to be
3 comments
Read more

Have you ever heard of "lane splitting"? Some motorcyclists believe that their small size and agility makes driving in between cars on multi-lane highways an acceptable behavior, especially during traffic jams and slowdowns. In most states such action is illegal, and for good reason. In other states, however, it is perfectly legal. I think it's dangerous and stupid. The risks are plentiful, any bicycle rider who has gotten "doored", any pedestrian who has been (or nearly been) hit by a driver who looked one way but not the other, any highway driver who has been nearly sideswiped by someone changing lanes can tell you that drivers, for the most part, don't pay attention to things unless they're right in front of them -- and there are a lot of drivers who don't even do that. Any motorcyclist who engages in this behavior is putting their very lives into the hands of other drivers. Why is lane splitting dangerous? Because of this: Granted, you
Post a Comment
Read more

Skeptical Questions That Need To Be Asked

March 06, 2012
The following is an adaptation of a list from the Rational Enquirer (Vol. 6, No. 4 if you can find it), a now defunct skeptic magazine as near as I can tell. Regardless, it sums up my way of thinking about "mystic woo," such as dowsing, numerology, telekinesis, ESP, UFOs, homeopathy, and any phenomenon that uses the word "psycho" as its prefix, such as psychokinesis and psychoenergetics. Adherents to the above mentioned pseudo-sciences and their followers will often claim that they have some sort of "proof" of their claims. However, much of what they present is anecdotal at worst or just bad science at best. These questions need to be asked before a claim can be given any consideration: Has the subject shown progress? Does the discipline use technical words such as "vibration" or "energy" without clearly defining what they mean? Would accepting the tenets of a claim require you to abandon any well established physical la
Post a Comment
Read more 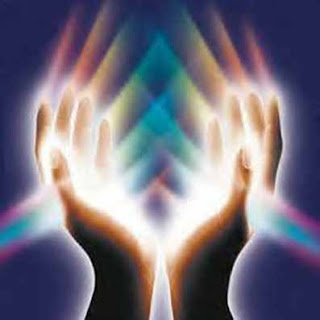 One of the things that has always bothered me in the world of "woo" is the bandying about of the terms "energy" and "toxins." Energy, in the world of "woo" is a positive or negative influence, it can effect one's emotions and health, and can have an effect others. A bad day can be attributed to "having bad energy," an illness can be caused by "a blockage of energy flow," and getting picked last for the kickball team can be blamed on either your own "bad energy" or that of the people doing the picking (losing the game could be blamed on "bad energy" on the part of the whole team).  I'll address "toxins" later. In science, specifically physics, energy is: ...the capacity of a physical system to do "work," the product of a force times the distance through which that force acts. In physics, energy is a term to express the power to move things, either potential or actual. Ener
Post a Comment
Read more
More posts